Check out Santiago on Salvation here

Great news on the Santiago Cabrera front.  Filming has began on his new Star Trek series.  The series is currently filming in Santa Clarita, California.

The series is shrouded in secrecy.  It is as of yet to be titled.  Since no official title has been released, it is being referred to as “Picard”.  I am sure this will
not be the title of the finished show.
Writer Michael Chabon posted a photo on Instagram which revealed the fact the series had began filming.  The post was later deleted.  The secrecy lives on! 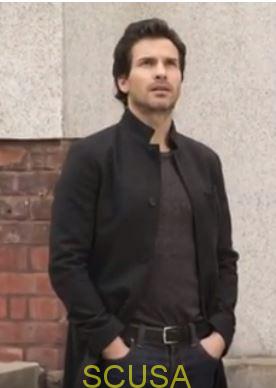 Check out this Cabrera T-Shirt here
Even the characters have been kept under wraps.  All that has been reported about Santiago’s character is that he is the pilot of Picard’s ship and he is a bit of a thief.  Intriguing.
The series will feature 10 episodes and will be filming through October.  Speculation is for a late release this year but it is possible it won’t premiere until 2020.  The show will be run on CBS Access.
I will let you know if I find out any more details!  Till then Live Long and Prosper.