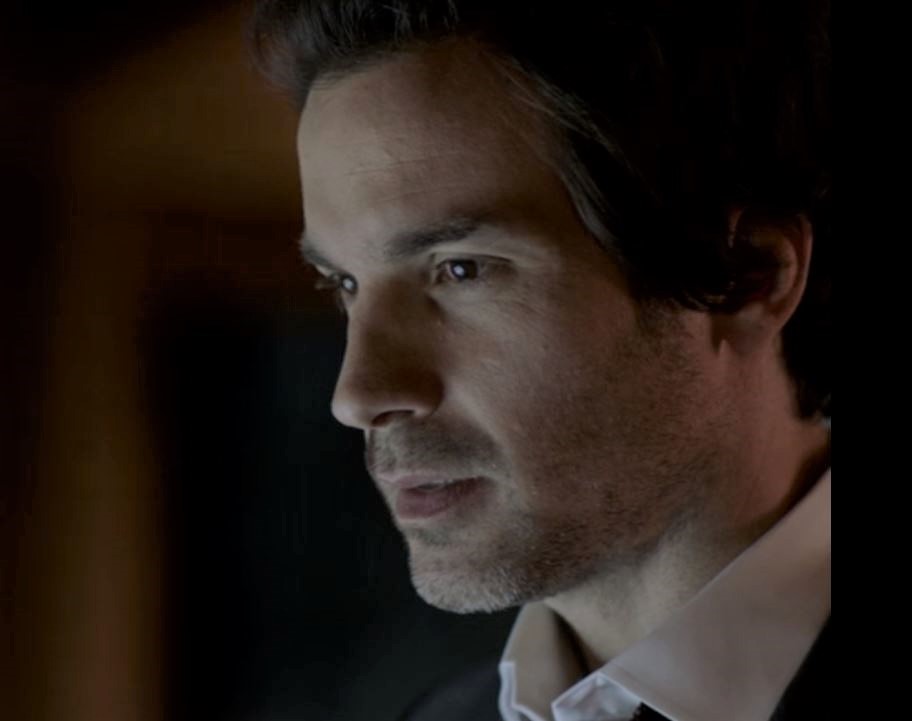 This week’s episode of Salvation “Celebration Day” didn’t give us much to celebrate. Anyone else rooting for the asteroid?

This week Q17 has been abandoned in favor of COPE as the current villain. COPE is having a mysterious Celebration Day. Our “heroes” assume Celebration Day is some kind of mass suicide. But surprise! It is actually a terrorist attack. But let’s not get ahead of ourselves.

When Darius learns of Celebration Day he of course turns to Alycia to help him find Cope leader, Bass Shepherd. Shepherd has gone dark and nobody knows where he has gone. 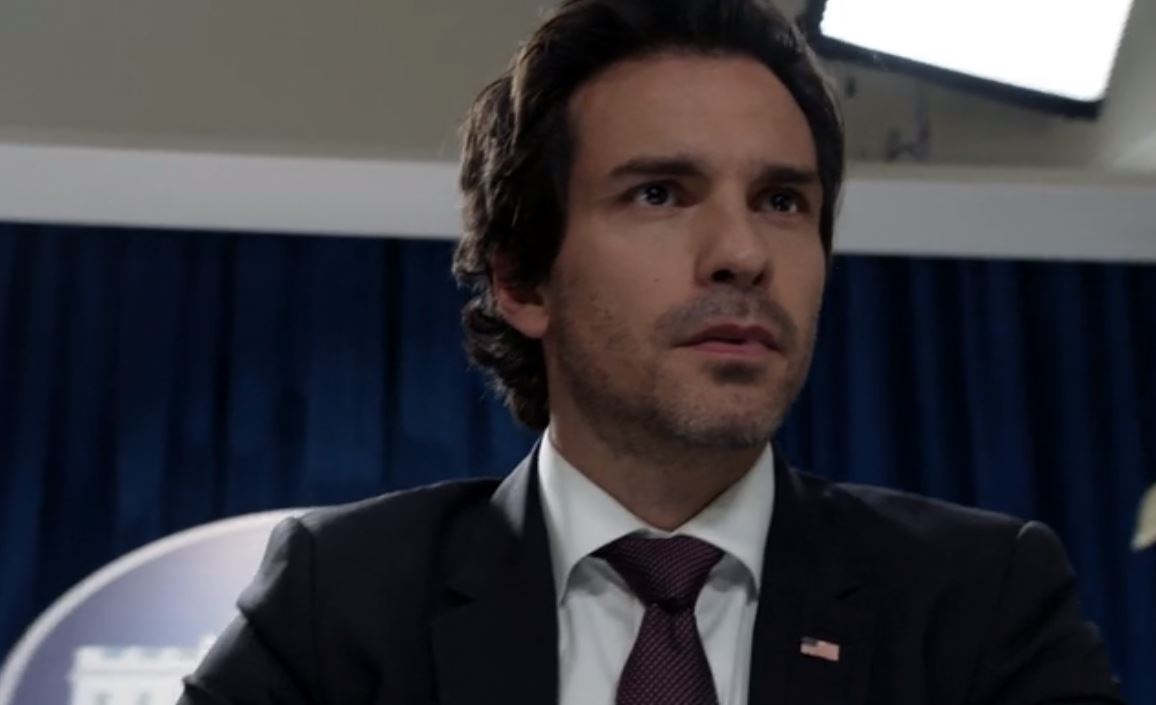 Get The Musketeers Series 1-3

Alycia doesn’t want to help because she might alienate RESYST. Wouldn’t want to alienate that group of warm, fuzzy people. She finally agrees. They discover millions of dollars in Shepherd’s accounts. What a surprise. I am not sure what good money will do when Earth is wiped out but what do I know.

Dariusbelieves Shepherd is hiding out in a bunker somewhere. I was a little unclear on this too. Will a bunker save you from the Apocalypse? It isn’t a nuclear blast, it is an Earth killing event. Nope not buying the bunker theory.

Meanwhile Alonzo gets a tip about Zoe’s whereabouts. After he observes what he believes to be a Kool Aid drinking ceremony, he goes to the door. He is promptly shot in the gut. Jillian rushes in and is in total shock that her new friends are crazy. That girl isn’t the brightest bulb in the box.

Zoe is starting to think going off with a stranger to a compound of cult followers might not have been such a good idea. She starts to whine she wants to go home. Aw she is like her mother. Well that didn’t go over. She was told what a rude guest she was being.

Back at the White House Grace is still carrying on like a spoiled brat about Zoe. Harris is rushing off to totally mess up the cult thing. Grace of course insists on coming along. Darius tells her he thinks she should stay with him. She promptly tells him that she and Harris are family and Zoe is the most important thing in her life. Read between the lines, Darius, you are not family or important. And off her bitchy self goes.

Once there we see Darius was right as Grace carries on and wants to go to the house. Of course she is better than the trained hostage negotiators. After all she was the White House speech writer. That qualifies her right?

So in typical Harris fashion he turns his back on her and she goes marching out to the house. Bullets are fired at her feet. Am I the only one wishing one would ricochet and get her?

Of course they let her inside and she announces she is Advisor to the President. Excuse me but didn’t she resign not once but twice? They eventually agree to let her, Zoe and Alonzo go. I imagine just to get rid of her. She tells them Shepherd wouldn’t want a cop to die. Uh what? He wants everyone to die, so don’t think he would give a damn.

But poor brainless Jillian, facilitator of the terrorist attack, has to stay. Does anyone care? Even if she survives she should go to prison for treason. I am not sure if we are supposed to sympathize with her. Sorry total fail if so. 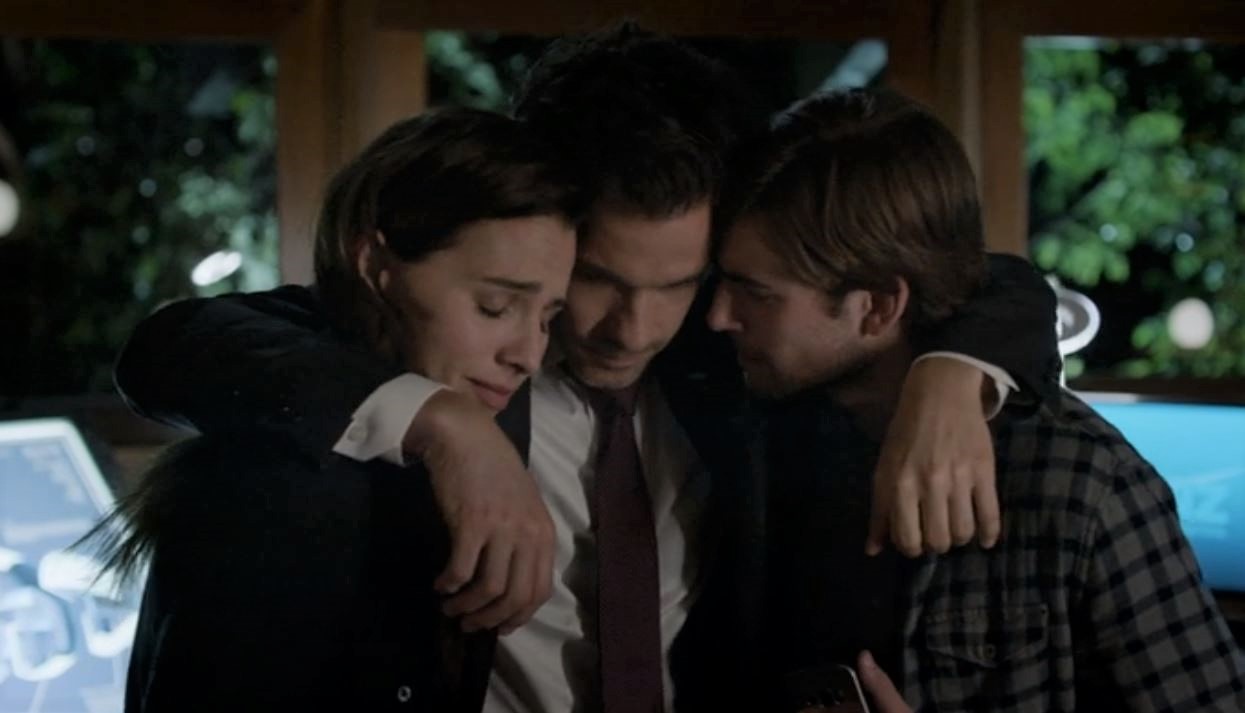 Meanwhile Darius, Liam and Alycia are witness to the Rail Gun being blown up. COPE has accepted the end of the world so if it isn’t going to happen they will make it happen. Don’t try to find the logic there.

So they send Nate, the White House intern, to blow up the rail gun. I imagine Harris must have been in charge of security. Here is the most top secret project in the world but an intern can walk right in with no clearance. Nobody wonders why is there standing around. No questions. Obviously no military guards. No eyeball scanners to gain entry. Nope you can just stroll in with a flash drive that you plug in and boom!

Darius is furious and defeated. He frees Alycia from her ankle monitor and tells her to live her remaining days as she sees fit. Liam gives him a pep talk about how dinosaurs can’t play music and he perks up. He has one last card to play.

Darius tells Grace and Harris he is resigning and has a plan. When he leaves Harris tells Grace none of Darius’ plans have worked. Well there was that little security snafu where an intern blew up the rail gun with top secret plans that a secretary walked out carrying. No blame on Harris right?

The dazzling duo decides they need their own plan C. Remember when Grace said she didn’t want to save just 160 people, she wanted to save everyone? Well hell with that, every man for himself. They are going to embrace the bunker theory for their “family”. Darius is on his own as usual. 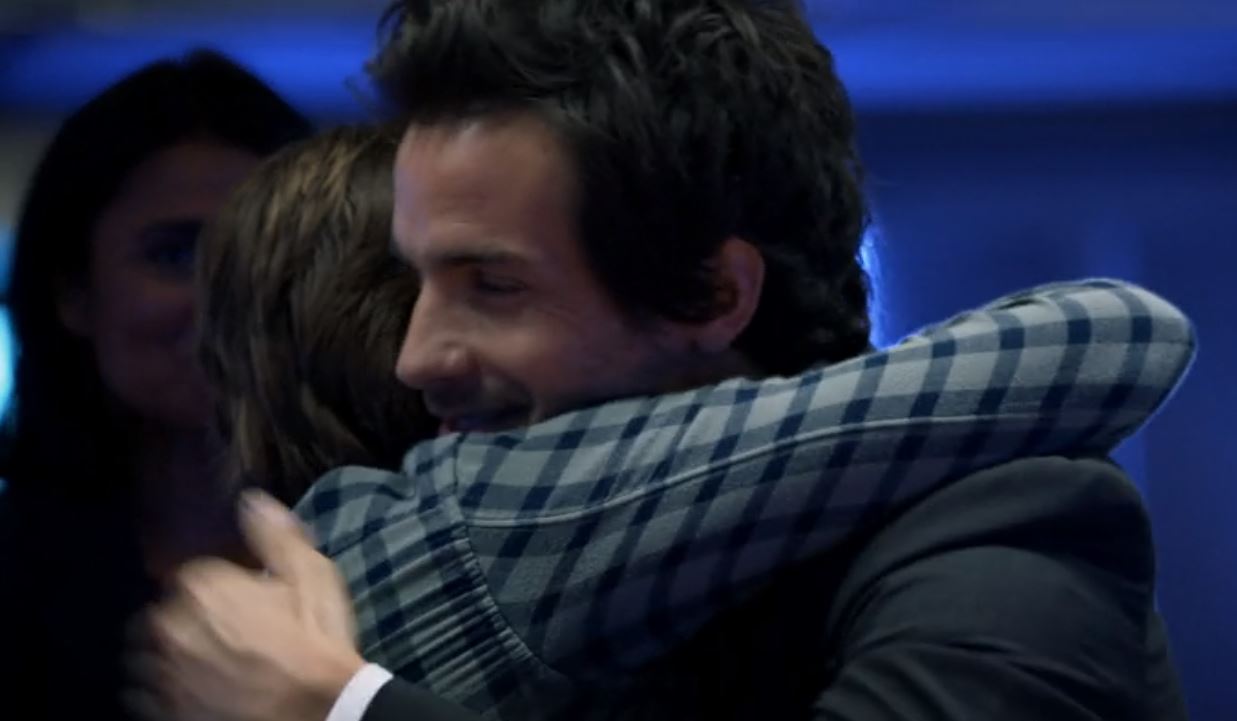 Poor Darius he not only seems to have the sole responsibility of saving the world but he has to deal with Grace and Harris and their self absorbed agendas.

Where in the world is Grace’s daddy. You know the one she planned on Darius pardoning and when he wouldn’t she turned to Harris to illegally release him. Plans were for them to flee the international bad guys Q17. Where exactly do you flee to avoid international villains? Oh and she doesn’t seem too concerned about them killing Zoe anymore. She skipped off to her daddy’s house after leaving the cult compound.

We find out in the scenes that card is to use the ark, Salvation, to move the asteroid off course. Of course, he, The President of the United States will have to fly it. Sacrificing himself for the greater good. Grace whines “Why does it have to be you?” I am thinking what do you care he isn’t family. If I were him it might be worth it to get away from Grace.

Will they send the only character that we don’t despise off in a rocket to die?
Will they leave the end in another does he die or not cliffhanger? This show has grown very tiresome. What does everyone else think. Where are we headed? From hints we are getting (next week’s title is Hail Marry), you are probably thinking Grace and Darius. Wrong! CBS Salvation tweeted Harris makes a life changing proposal with a pic of Grace. Wow! Darius gets a rocket to death and Harris and Grace get to live happily ever after (well at least for 52 days). Boy the writer’s of this show are really in touch with their viewers. Oh well, Darius is better off with the rocket. Two more episodes left. That is more than likely it for this series.